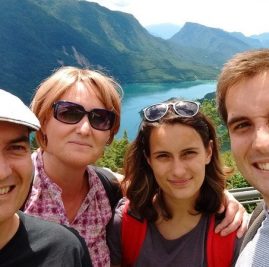 Mark Twain once said, “The Creator made Italy from designs by Michelangelo.” Italy dangles her charm and beauty so gracefully that when she opens her mouth, opera flows out. She carries riches heavy in culture, history, art, architecture, fashion, and food that few can claim. Her canvas offers a stunning range of landscapes from craggy mountains to verdant hills to coasts of shattering beauty. Italy is one of the world’s favorite countries.

God reached into a nominal and liberal Italian family and changed Francesco’s life—a teenager at the time—forever. He recalls, “My best friend at the time (who’s now with the Lord) became an Operation Mobilization (OM) missionary. We started to organize outreaches together and in the end the missionary bug bit me. I started to evangelize right after my conversion at age seventeen. At the beginning, I really had to force myself, because I felt extremely uncomfortable talking to complete strangers.” Though the scales of shyness may have fallen, a mirror had been held up to reflect his misconceptions as the lessons of grace came tumbling forth: “Coming from a very liberal background, after the conversion I changed and became stricter and sometimes judgmental. I was overzealous, quite normal after the conversion, and even pushy at times, yet I lacked the necessary biblical knowledge. With time and looking at the example of more mature people, I learned what it meant to share my faith effectively and in a more respectful way.”  Francesco admits that with time he’d learned to “let go” and discover the meaning of actual grace toward others and toward himself as well.

Along the path of his own Pilgrim’s Progress, Francesco thanks several people who’ve served as compasses, lighthouses, and teachers: the elder who taught him the Bible and took him to church; a Lutheran friend who taught him the true meaning of grace; a missionary friend who cultivated in him a passion for lost souls, and “Tony Hedrick, who showed me what it means to live the gospel every day.” Francesco adds, “We were going through a difficult period and our ACCI friends crossed an ocean to be with us to help and encourage us. Love put into practice is more valuable than any word and always brings good fruit.”

John Newton penned the enduring words, “‘Tis grace has brought me safe thus far, and grace will lead me home.” Learning grace, being a recipient of grace, and offering this to others. Francesco believes we as Christians are continuously tempted by two opposite tendencies and we tend to fall on one side or the other. “On one side you have legalism, which gives us a false sense of control and makes us judgmental and merciless toward others. On the other side can come compromise, a cheapened salvation, and the attitude of those who don’t take seriously the sacrifice of Christ and are in danger of never being transformed by the Holy Spirit. I passed from being a very (theoretically) libertarian teenager to being quite legalistic as a newborn Christian, to rediscovering God’s grace that delivers us. True grace is real freedom in Christ. We are free from sin, free to be what we were supposed to be from the beginning, and free from other people’s judgment. At the same time, true grace understands the cost of this freedom. It took the life of the Son of God to save us.”

A prayer in his early 30s changed Francesco when he had asked the Lord to receive a burden for lost souls. “He gave it to me in a strong emotional way, and my fear of people was transformed into compassion.” Drawing from the lessons of his Christian walk in his 20s, his passion for souls and his love for evangelism, the Lord had placed him in front of a door marked Compassion to mark his steps. Francesco’s eyes light up when he shared what he loves to do most: “I just love to talk to people about Jesus, answer their questions and talk to their hearts. That’s when I feel in my place and complete. I love to see people get closer to the Lord and being born again, hence I do everything I can to make this happen more frequently. I see the importance of preparing and encouraging believers to have stronger churches who are ‘salt and light’ in this world.” Francesco is a people person and also a problem solver. Often this goes hand in hand, as people are frequently drawn to him for advice with problems. As a counselor, he saw an opportunity to combine guidance and evangelism. “People need someone to talk to, someone they can trust, and if you really want to help them, there’s no better way than to introduce them to the gospel, which can heal any kind of wound. That’s what I call ‘Evangelling.’”

In 2003, while searching the internet, a chance discovery turned into a calling. “I had been browsing and found this Canadian mission’s website. I looked at their vision and I really liked it, but my thought was, Sure I’d love to be a missionary and I love what I read, but they’re in Canada!” Several years later, a pastor friend in Italy, Aldo Cerasino (now an ACCI missionary), mentioned a man from the U.S., his friend Tony Hedrick whom he wanted Francesco to meet. Unfortunately Tony was leaving the next day, so they talked on the phone instead. Tony returned to Italy six months later, and Francesco remembers, “We had a long conversation in my car and we understood each other immediately. Same passion for the lost, same passion for church unity and reconciliation in Europe. As they say, the rest is history. We started organizing things together, and I became his translator.” A few years later, Francesco became an ACCI missionary.

Despite his being exposed to American culture through his sister and his uncle who lived in the U.S., Francesco still needed to navigate the road of cultural adaptation since American and Canadian cultures are quite different from Italy. “I worked for years with Italian ministries and believers before joining ACCI. After becoming a staff member, I had to adapt to a new way of managing things. For example, I was used to organizing events and outreaches 2–3 months in advance, whereas with ACCI we organize events 6 months to a year before.” Francesco explains there is often more discussion during meetings in order to create social links: “The funny thing is, that in Italy I am considered a rather cold and detached person, the ‘British-German guy,’ and I become a direct person when talking to Americans and especially Canadians. Discussions are more to the point, which I love, and there is less general chatting. Although I already spoke decent English and had many international friends, I had to learn to pick up the unsaid things, and how Americans and Canadians express feelings and opinions in different ways. Still learning.”

Today, Francesco is the ACCI European director, overseeing 20 European missionaries. When asked about his biggest victories, he beams and says, “Starting Progetto Archippo with the help of ACCI has been a dream come true. Progetto Archippo is a ministry that organizes seminars in Parma and around Italy to prepare believers for ministry. We also do conferences on church unity, which is one of my passions.” Francesco is often given the opportunity to introduce ACCI to Italian missionaries, or as he said, “allowing Italian missionaries to recruit ACCI as a mission agency. It came naturally, and I suddenly realized that here was a big need for a ministry that would spiritually cover, encourage, and counsel local missionaries and ministries. They looked for us rather than the other way around. And now ACCI is a growing multicultural and multi-visionary family. I love it.”

Francesco’s skills in web design and counseling were essential ingredients in helping launch a project #homebutnotalone during the pandemic. The site www.acasamanonsolo.org offers a way to provide a service to those who are suffering in isolation. He said, “In three weeks, we had around 70 volunteers from all over Italy ready to help. There are counselors, a psychologist, social assistants, nurses, and many mature believers. We had many, many contacts and several people were encouraged or were able to hear a word of encouragement, or the gospel, for the first time.” He adds that there is always a struggle to find ways to talk to nonbelievers: “We are considering making this a stable ministry that could continue after the Covid-19 emergency.”

Francesco lives in Parma with his wife, Alessia. They have two grown children, Giulio and Francesca. He shares that his life and his family have been incredibly enriched through cross-cultural services, but he also gives this advice to those who seek Italy as a missionary field, “It’s hard. That’s what I tell every overseas missionary who wants to come to Italy. It’s challenging and emotional, sometimes it’s disappointing, other times encouraging. Reaching out to people cross-culturally means being ready to change yourself, to love unconditionally, and grow!”

The efforts of Francesco’s ministry, as well as all missionaries who are called to serve in Italy,  are bolstered by Isaiah 55:11, which says,

“So is my word that goes out from my mouth: It will not return to me empty, but will accomplish what I desire and achieve the purpose for which I sent it.” 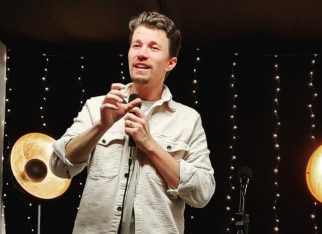 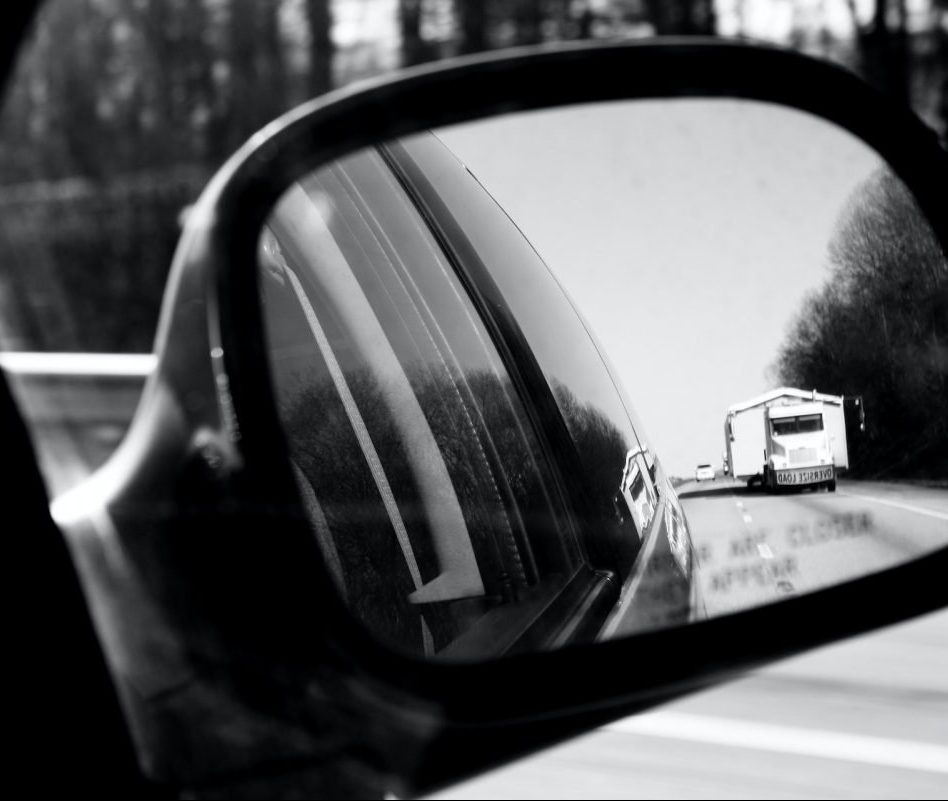