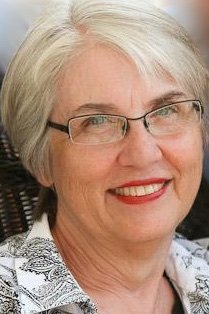 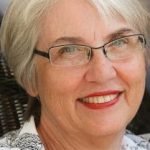 In October I traveled to Israel and got to see with my own eyes the places I’ve just read about in the Bible. When I experienced for myself the barrenness of the southern desert region I could understand better how hard it must have been for the Jews to leave the relative fertility of Egypt to tromp through a wasteland of rocks, snakes, and warring tribes with no protection from the scorching sun and no food or drink in sight. No wonder they had a hard time believing Moses had heard from God and was taking them to a glorious Promised Land. Based on what they could see with their own eyes, it looked impossible.

Everything about this tiny country is incredibly impossible … from its beginnings under Abraham right up to the present day. When you look at Israel on a map, comparing it to the vast land holdings of the Arab nations that surround it, you are struck not only by its size but also its proximity to danger. Like David wrote in Psalm 23, the Jews of that nation daily “walk through the valley of the shadow of death,” not knowing when the next terrorist attack will strike or what form it will take. (When we were there random stabbings were happening throughout the country.) Yet, I sensed no panic. I guess in a place where they’ve seen the miraculous happen so often, there is always hope for escape and a better day tomorrow.

I got my first sense of the indomitable spirit of the Israeli people at the Tel Aviv Museum. On our second day we sat and listened to the account of their declaration of independence in the very room where it took place on Friday, May 14, 1948. On a scratchy audio tape we could hear the voice of David Ben-Gurion reading the document and the rousing voices of those gathered singing “Hatikva” (the Israeli national anthem).

The room was chosen because it was underground, not as open to attack as a street level one would be. Chairs were borrowed from nearby restaurants, and they tried to keep the short ceremony secret. The media was not notified ahead of time for obvious reasons. Those who assembled there knew what was ahead. In only eight hours, the British Mandate for Palestine would end and the British army would be pulling out of the country. The fledgling nation would have to face its enemies alone.

Our speaker described how the hastily drawn up declaration was crafted. One sticking point, she explained, was whether or not to mention God. Some felt He had been instrumental in bringing them back into their land. Others felt it had happened because of their own resilience and fortitude. Finally they compromised: they would give credit to “the Rock,” which could be interpreted as either. (In Old Testament scriptures God is called the Rock of Israel: Deut. 32:4, 31; 1 Sam. 2:2;  2 Sam. 22:47; Is. 17:10, and Psalm 18, to name a few places.)

Those assembled in that room knew full well the challenges they would face once the news got out to the rest of the world. I couldn’t believe their bravery.

In the months leading up May 1948, Arab forces from surrounding countries had made it clear how unhappy they were with the UN Partition Resolution of November 1947, which suggested dividing Palestine into two separate states (a Jewish one and an Arab one). Instead of signing it, they vowed they would drive out all Jews from the region. As the secretary-general of the Arab League said, “It will be a war of annihilation. It will be a momentous massacre in history.”

Within days of Israel’s declaration of independence the armies of Egypt, Syria, Transjordan, Lebanon, and Iraq would invade to begin the “massacre.” In these early days Israel’s army couldn’t count on any help from the West. In fact, the U.S. had imposed an arms embargo in a vain hope of averting bloodshed. When the war started Israel didn’t have a single cannon or tank. Their air force consisted of 9 obsolete planes. Impossible? It certainly looked like it.

Yet, somehow, Israel won this initial war that lasted one year and three months. In the end, the Arab nations that had vowed annihilation wound up with LESS territory than they would have had if they’d agreed to the UN Partition. It was miraculous, and even our speaker at the museum agreed: God (Israel’s Rock) had His hand in it.

As I traveled from one end of Israel to another I was struck by how paltry men’s efforts are in the face of God’s powerful promises. The Romans who thought they could conquer anything and built impressive palaces and fortresses throughout the land are now gone, and the Jews they crushed in AD 70 have returned. I think God delights to take what looks impossible to us and show His glory through it. As He said through His prophet Isaiah, “I am God, and there is none like me. Declaring the end from the beginning, and from ancient times the things that are not yet done. I have spoken it, I will also bring it to pass” (46:9-11).

As I prepare for Christmas this year, I’m perhaps more aware how amazing Jesus’ life was in the context of the place where He was born, raised, and did His ministry. Only the God of the impossible could have overcome all the obstacles Jesus faced to fulfill His mission.

Born into a poor family, He was raised in a tiny, out-of-the-way village where nothing of consequence had ever happened before (“Can anything good come out of Nazareth?” Nathaniel asked skeptically when his friends suggested he check Him out.) Not only was He a new, unknown rabbi without the backing of the religious establishment of His day but He was also seeking to gather a following in a land under Roman occupation. In the shadow of that powerful and glorious empire, what difference could one Jewish man make?

Even in that seemingly impossible context, Jesus fulfilled 38 specific Old Testament prophecies in His 33 years of life. God had prophesied for hundreds of years, through various prophets in Israel, the details of His birth, His ancestry, His miracle-working ministry, the opposition He would face, the betrayal by a close friend, the death He would die, where He would be buried, and His resurrection from the grave and His ascension. The impossibility of even a fraction of those events being predicted that far in advance boggles the mind. Only in the land of promises could it have happened. And only by the One who has the power to fulfill every promise He has ever made. That should cause all of us to sink to our knees in adoration and praise, humbled that we can know Him.

More than anything, Israel testified to God’s faithfulness and love for His people. He will preserve His people as He always has throughout their incredible history. I feel so privileged that now, in Christ, I have also become an heir of “his very great and precious promises” (2 Peter 1:4). I am through faith and by the mercy of God a child of Israel’s founding father, Abraham (Galatians 3:7-9).

Way back in Genesis 12 God made a promise to this man (then called Abram). “I will make of thee a great nation, and I will bless thee, and make thy name great; and thou shalt be a blessing. I will bless them that bless thee … and in thee shall all families of the earth be blessed” (vv. 2-3). The fulfillment of this promise was a long time coming. It had to await the coming of Jesus and His death and resurrection to secure this blessing that would be for all people of the world. But it came and this Christmas season I can rejoice that I am now grafted into the olive tree (Romans 11:17) and know the God of Abraham, Isaac, and Jacob. Like Israel, I live in the spiritual land of promises.

“O Lord, thou art my God; I will exalt thee, I will praise thy name; for thou hast done wonderful things; thy counsels of old are faithfulness and truth” (Isaiah 25:1).

If the world feels like it is spinning out of control this Christmas season, don’t let it shake your faith. Remember who we belong to, and trust that He will work everything out according to the counsel of His own will. We have a glorious future with Him in control of our lives. We need not fear. He is faithful and true. No mere man can stop Him from fulfilling everything He has promised to us in Christ.

So relax and enjoy the Christmas season. After all, we have a lot to celebrate. The Rock of Israel prevailed for us, and we have been blessed beyond our wildest dreams.